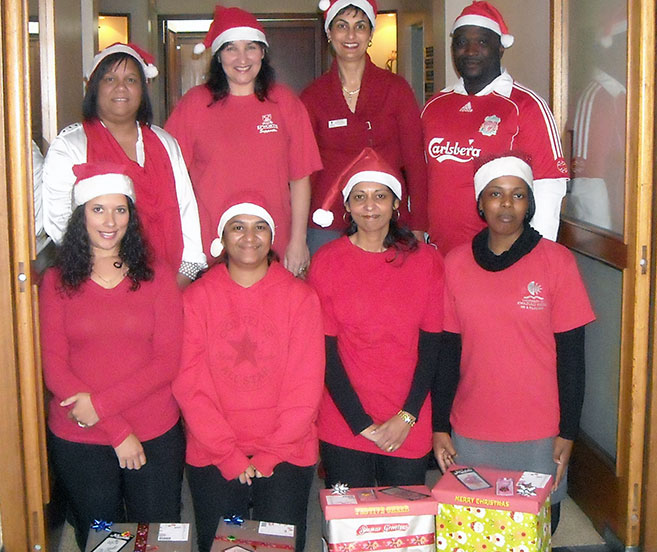 Just recently a number of Pietermaritzburg staff and friends made online pledges to the Santa Shoe Box initiative to fill shoe boxes for children on their Christmas list.

This is an amazing project that ensures the delivery of thousands of gifts to children in South Africa. The project is spearheaded by Dee Boehner the founder of the (Kidz2Kidz trust) and Irene Pieters the National Co-ordinator.

The contents of the boxes include items such as stationery, toiletries, toys, clothing and sweets. ‘This year Santa Shoe Box reached their goal of 100 000 pledges for the first time and we were all thrilled to be a part of it.’

Our involvement in the project has grown from four people to twelve and we are confident that our team of Santa’s helpers will grow even more in 2014 – ensuring the contribution of more shoe boxes in the future from UKZN.  Registry Staff kindly offered to deliver the gifts to the drop off point in Pietermaritzburg.